Neurological conditions are among the most prominent non-communicable diseases associated with an increase in years lived with a disability (YLD) between 1990 and 2010. Neurological diseases of the brain particularly, stroke, Alzheimer’s disease (AD) and dementia, Parkinson’s disease (PD), parkinsonian syndromes (i.e.: multiple system atrophy MSA) and movement disorders (dystonia: DY , essential tremor: ET, tics …) and multiple sclerosis (MS) represent a huge burden to patients, families and to health and welfare systems, with costs estimated at €798 billion in 2010 in Europe (1). Between 1990 and 2010 conditions such as AD and PD have undergone a YLD increase of 79.7% and 70.5% respectively, YLDs for stroke increased by 86.7%, these figures increasing as populations age in Europe (2). MS is also a prominent neurological cause of disability and loss of productivity in young and active people. Based upon excellence in translational research and multidisciplinary initiatives (Labex Brain, BIND), clinical research resources and platforms and patient care, the objectives of this WP1 are to promote early diagnosis, indicators of prognosis, innovative therapy and health care systems and industrial transfer in the field of Neurodegenerative Disorders (including MS) and Stroke. Three tasks have been set out. 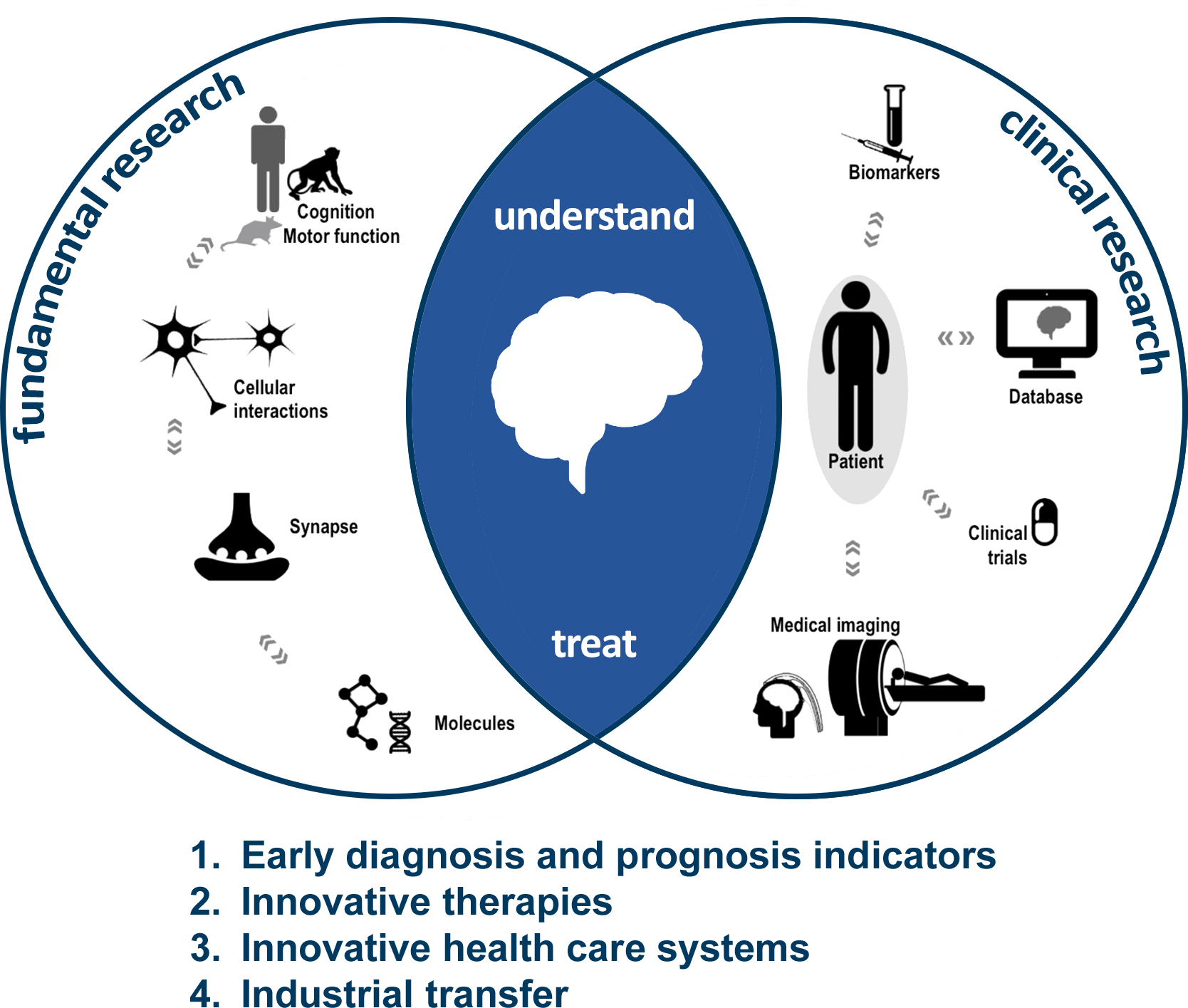 Prof. François Tison, MD, PhD, is Professor of Neurology at Bordeaux University (BU)-Consultant Neurologist at the University Hospital of Bordeaux (CHU-B) and head of the Institute of...

Dr. Erwan Bezard, INSERM Research Director, is head of the Institute of Neurodegenerative Diseases (IMN). He has authored or co-authored over 200 professional publications in the field of...